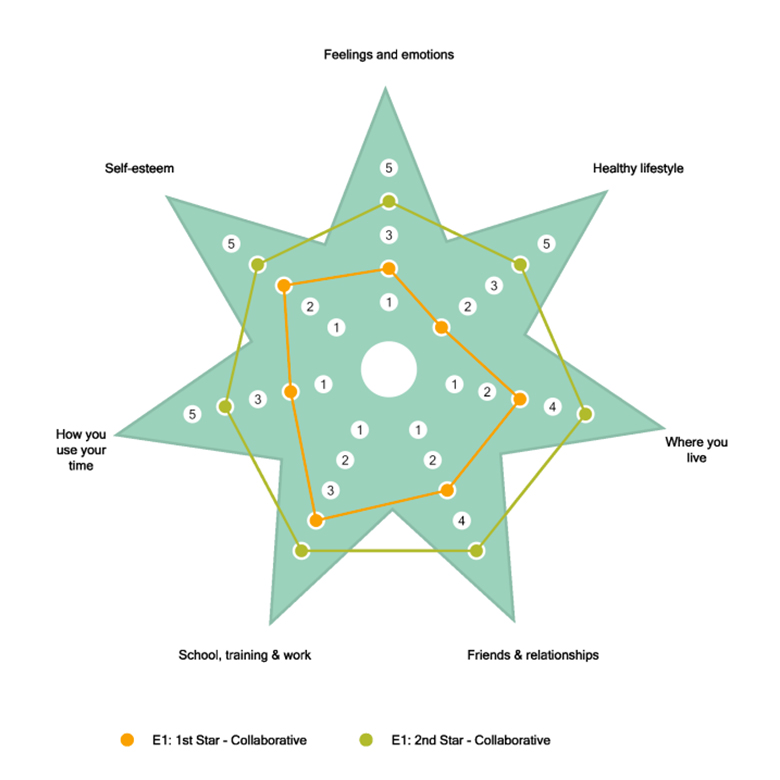 Rachel initially started our programme at the beginning of year 8. If we were to describe her during the initial 6 weeks we coulduse words such as, talkative, defensive, immature and insecure. Her moods fluctuated, there were often tears and friendshipdifficulties. Unfortunately this programme came to an abrupt end as COVID 19 hit and the school closed.

Rachel was able to join our programme again, a year later, at her request in her final term of year 9.

Rachel was still presenting with self-esteem and self-worth struggles. She had an unhealthy relationship with her appearance andwith food. She was crying out to be seen and heard.

As Rachel already had a relationship with us she was comfortable from the very beginning and felt that she could trust us. Trust isvital to enable a young person to feel comfortable to be able to share what is on their mind and what is going on in their life.Rachel was willing and able to share her family, friendship and school struggles.

The family life week was a big week for Rachel, hearing someone else share their story gave her the confidence to share her ownstory during her one to one. We believe that this was a turning point for her. Being able to talk about and share some of heradverse child experiences in a safe environment knowing there was no judgement was freeing.

The week following family life was forgiveness. Rachel needed to start being able to let go of some of her hurt from her past toenable her to step into a future that wasn’t framed by past hurts, disappointments and experiences. In order to do that sheneeded to start to let go and forgive others and herself and believe that she had control over her future.

From this week on we saw a real change in Rachel. She would come to the group up beat, smiling and full of energy. Her one toones consisted more of stories about progress and achievements rather than problems and issues. When there was a challenge inRachel’s week she was able to talk about it , look at different solutions and recognise where different decisions could have been orcould still be made. Food was no longer an issue and Rachel was feeling optimistic about friendships, school and family.

You can see from Rachels Star that she made significant progress in all 7 areas of the star chart.

What we noticed about Rachel by the end of the programme: